Mumbai: Controversy surrounding Sanjay Leela Bhansali’s upcoming ‘Padmavati’, superstar Salman Khan has extended his support to the celebrated filmmaker, saying Bhansali will never show anyone in a bad light. The actor added that one should let the Central Board of Film Certification (CBFC) take a decision. 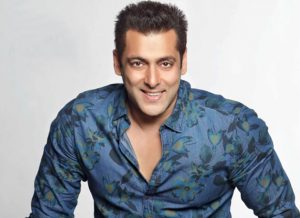 “I want to say that you have Censor Board, they will take a decision. Sanjay (Leela Bhansali) makes very beautiful and excellent films,” Salman said during an interview with news channel News18. ‘Padmavati’, slated to release on December 1, is embroiled in a controversy as some Hindu groups and political parties, including the Congress and the Bharatiya Janata Party (BJP), claim that the film distorts history and wrongly portrays Rajput queen Padmavati, a contention Bhansali has repeatedly rebuffed.

Salman, who has worked with Bhansali in “Khamoshi”, “Hum Dil Chuke Sanam” and “Saawariya”, feels no decision should be made without watching the film. “Heroines look very nice and beautiful. His films never have any vulgarity. Looking at his previous track record, one should know that he will never portray any character in bad light,” he added. The Indian Films and TV Directors Association (IFTDA), along with four other bodies, on Monday expressed support for Bhansali with #WeSupportPadmavati campaign and sought protection of freedom of expression of artistes.

IFTDA, Cine and Television Artists Association (CINTAA), along with the Western India Cinematographers Association, Screenwriters Association, Association of Cine and TV Art Directors and Costume Designers have decided to extend support to Bhansali on November 16 at the Film City here, where their members will stand in silence for 15 minutes from 11 a.m.