Gujarat: The upcoming Vidhansabha elections in Gujarat is going to be interesting. Now The Nationalist Congress Party (NCP) on Monday decided to contest the Gujarat Assembly elections on its own and expressed confidence it would bag the maximum number of seats in the “solo fight”. 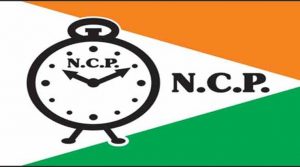 The party’s decision came a day after the Congress declared its first list of 77 candidates for the first phase of the elections slated for December 9.”We wanted to contest in Gujarat in alliance with the Congress and had talks with them too initially, but the Congress did not seem serious and kept on delaying.

“We are already prepared to contest from all seats for the last one-and-half years. Now, we have decided to fight alone,” NCP leader Praful Patel said.

“We are confident that we will do even better alone and bag maximum seats in a solo fight.”Voting for the two-phase polls are scheduled for December 9 and 14. The vote count will take place on December 18.